The multi-billion dollar mouse empire is confronted with massive criticism: The reason for this is in the credits of the live-action version of “Mulan”.

Disney thanks the Chinese authorities who deport, torture and force Uyghurs to have abortions

At first glance, nothing special: Disney is making a film in China and thanks the local authorities in the credits.

However, the authorities are agents of the Chinese state, which are accused of having deported around two million Uyghurs since 2015. In the Chinese re-education camps, forced sterilization and forced abortion are said to be just as common as torture and sexual abuse.

Disney does not seem to have noticed the massive warehouse buildings, regular roadblocks and the presence of military and security forces during the filming of Mulan. The film team had a special permit: Neither journalists nor representatives of the United Nations are otherwise allowed to travel to the Chinese province of Xinjiang.

A year earlier: Disney no longer wants to film in the US state of Georgia due to stricter abortion laws

Critics are now pointing out what Disney did a year ago. At that time, the so-called “Heartbeat Bill” was introduced in the US state of Georgia.

With the entry into force of the stricter abortion law, women are no longer allowed to abort unborn children after the sixth week. That is, from the point at which the fetus’s heart usually begins to beat. 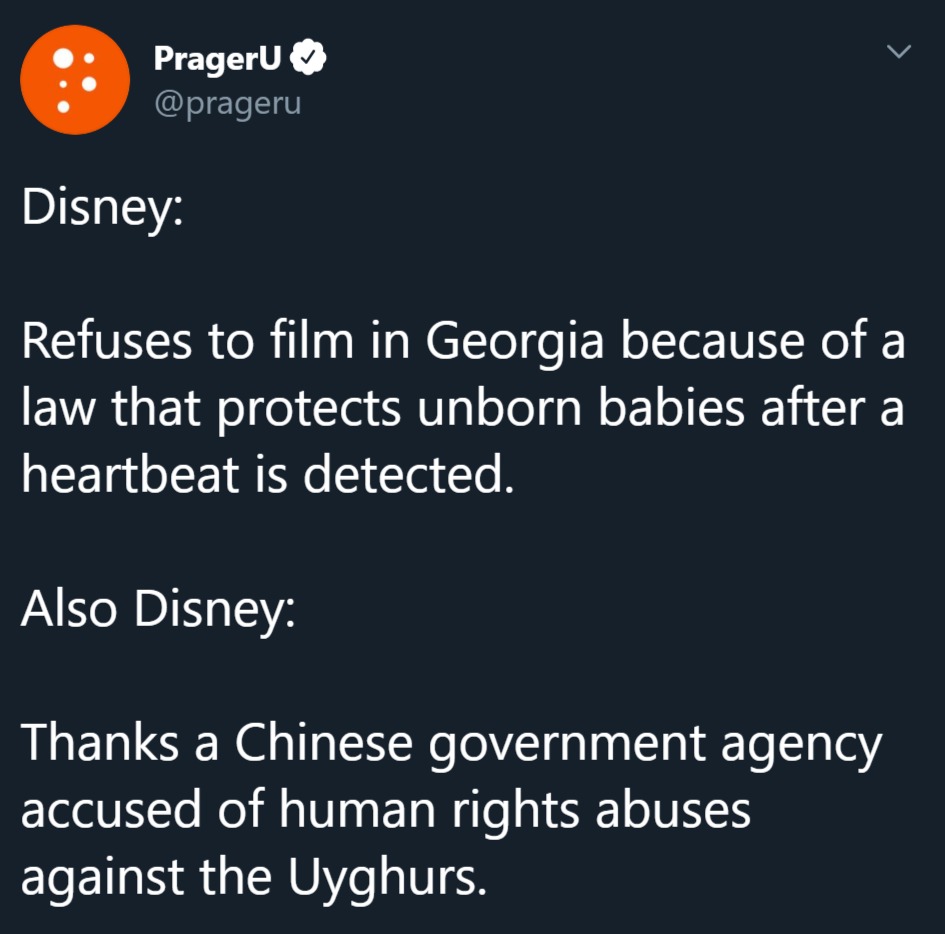 For Disney, the new rule was unacceptable: In an interview with the Reuters news agency, Disney CEO Bob Iger said that working with the US state of Georgia could be “very difficult” .

When asked if they would continue to make films like “Avengers: The Endgame” and “Black Panther” in Georgia, Iger replied, “I doubt we’ll do that. We are watching the matter carefully. “

Critics accuse Disney of double standards when it comes to abortion

In the eyes of critics, it is unlikely that the Disney CEO observed the situation in Xinjiang as carefully.And if he did, the decision to shoot there anyway is all the more perverse. There are credible reports of forced abortions among pregnant Uyghurs.