The athlete describes himself as a “trans woman”, but has not even had his ID changed.

Competing against men was “unbearable”

The sprinter Valentina Petrillo was active in men’s sport until 2018. According to his own statement, this was “no longer bearable”. As a result, he began hormone therapy to lower his testosterone production. So he could take part in women’s sports.

In 2020 he won three gold medals at the Paralympic Games in Italy: in the 100, 200 and 400 meter race. Critics point out, however, that Petrillo has neither undergone a sex reassignment nor had his sex changed by the authorities.

Petrillo, who was married to a woman, only wanted to save his sports career, which was coming to an end in his mid-40s.

Petrillo hopes to be able to take part in the Paralympic Games in Tokyo on the women’s side in 2021 : “I want to win the race, shake hands with the other girls on the podium and get a nice bouquet of flowers.”

The International Olympic Committee has allowed men to participate in women’s sports since 2015. The only requirement: your testosterone level must not exceed 10 nanomoles per liter for a year.

But even that exceeds the female average by five to nine times! This is namely between 1.12 and 1.89 nanomoles. And that has a significant impact on athletic performance. 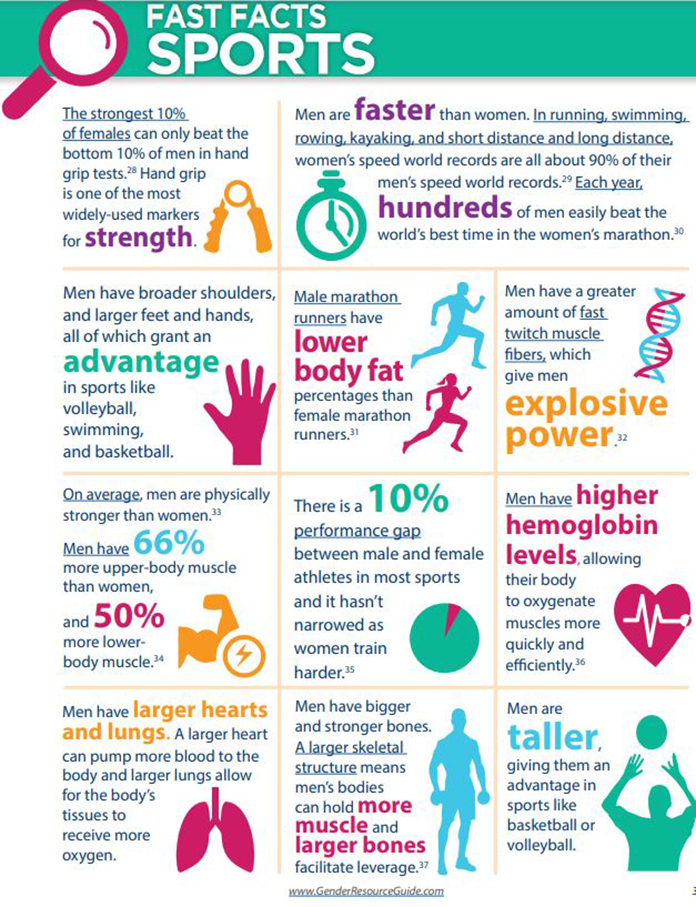 The transgender-critical site genderresourceguide.com shows in a graphic how unfair the admission of biological men to women’s sport is:

Men are taller and wider, run faster and longer, have more muscle, less body fat, bigger hearts and lungs, and more hemoglobin. Only the strongest 10% of women are just as strong as the weakest 10% of men.