“This is not a free press!” Biden spokeswoman wants to know questions before press conferences

Is the White House screening out critical questions from the press under Biden?

The new White House spokeswoman is known for her non-responses. Jen Psaki mostly evades the few critical questions she is asked at press conferences. She prefers to promise to “circle back to it” later.  People make fun of her on the internet.

Under Obama, Psaki was State Department spokesperson and later White House communications director. After Trump took office as president, she worked as a political commentator for CNN. When she worked for the Ministry of Foreign Affairs in Russia in 2014, she sparked a scandal.

She wore a winter hat with a Soviet star. When there was criticism on social media, she had a “brilliant” excuse: all Russian propaganda to harm her! Anyone who criticizes her for the hat and shares the photo “is (unwittingly or not) simply a puppet of the propaganda machine.“

“That has nothing to do with the free press!”

Leftists have been happy about the harmony at the press conferences since Biden took office. But now there have been isolated complaints from journalists because Psaki wants their questions in advance. “It pissed off so many reporters that it was reported to the White House Press Corps for them to take care of,” says one journalist. 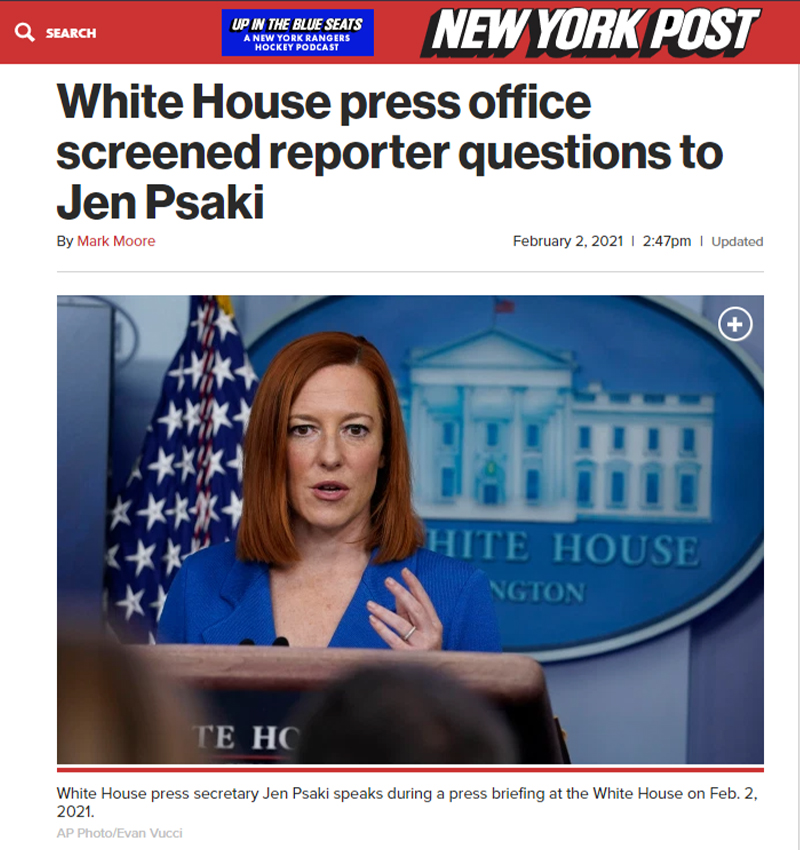 Unlike most of the media, the New York Post covered the scandal.

“In fact, the Trump administration never asked me for my questions in advance, and I suspect there would have been a general outcry from journalists if they had,” commented one colleague. Biden’s team explains that the practice is normal and serves the goal of “making the daily meeting […] as useful and informative as possible”.

A former Obama employee said that this was “textbook communication work” so that “questions don’t have to be constantly evaded”.  But this is exactly what Psaki does anyway. One journalist complains that he cannot work properly “when the White House picks the questions it wants to hear. It has nothing to do with a free press.“